Our sources say Lohan was at Club Avenue when she got into some sort of argument with a female patron and it became physical.  We’re told cops came and arrested Lindsay for allegedly assaulting her.

Law enforcement tells us prior to the fight words were exchanged between Lindsay and the woman as they sat in separate booths near each other.  Lindsay said something to the effect of, “Give me my space.”  Some time passed and then, for some reason, Lindsay allegedly punched the girl in the left side of her face. 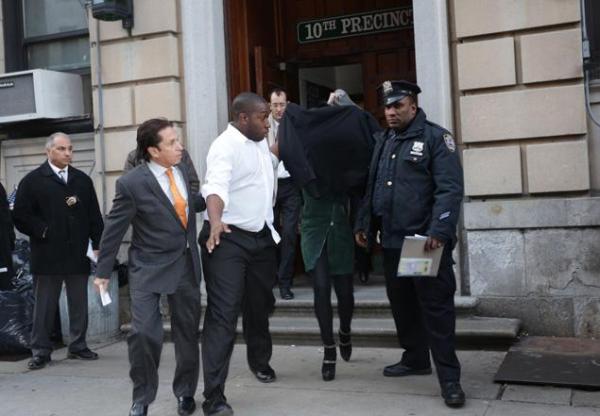 Lindsay Lohan left a New York City police stationhouse with a coat over her head early Thursday. The trouble doll was arrested, yet again, on Thursday morning for an alleged assault inside a Chelsea nightclub. Cops say the Liz & Dick star smacked Tiffany Eve Mitchell while they were inside Avenue in Manhattan.