Toya Wright so DEVASTATED that on her husband’s Birthday she had to spend part of her night in Jail over a Parking Ticket? Really Atlanta? I think Atlanta is the WORST Place that Makes up things to pull you over rolling the dice they find something . Toya Wright was a victim!  END_OF_DOCUMENT_TOKEN_TO_BE_REPLACED

The Family of Emmett Till wants to meet with Lil Wayne and PepsiCo after the APOLOGY went WRONG.

Airicka Gordon-Taylor, cousin of the late Emmett Till was “not impressed” by Lil Wayne’s apology for making mention of Emmett Till on Future’s song Karate Chop earlier this year. The family has requested a meeting with the rapper and representatives from PepsiCo END_OF_DOCUMENT_TOKEN_TO_BE_REPLACED 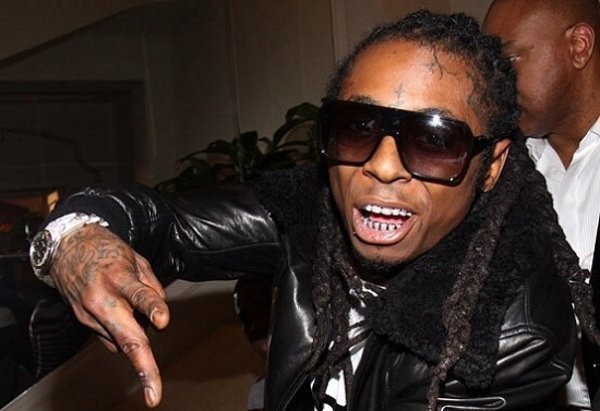 Hopefully Adrienne already had that “true confessions talk with Chris Bosh” before Lil Wayne Temper tamtrum. Everybody knows lil Wayne is one of the biggest basketball fans there is. How dare the Miami Heat suggest he be banned from all NBA Games. You know those NBA Players are some powerful players when it comes to dominance ESPECIALLY in the City of Angels and the Land of Lala aka Los Angeles. I don’t know about this one Wayne. In the words of Lauryn Hill “You may have won some but you really lost this one”. Don’t think we will be seeing Lil Wayne on the sidelines anytime soon. Sorry lil Buddy!

Lil Wayne went OFF on the Miami Heat last night at All-Star Weekend — claiming he’s been banned from all NBA events because of his beef with the team … and the coup de grace … Wayne said he banged Chris Bosh’s wife.

Wayne took the stage for an All-Star weekend event in Houston last night, when he told the crowd, “The NBA banned me from all NBA events … because the Miami Heat told them to ban me.”

You’ll recall … Wayne’s been pissed at Miami ever since he says he got the boot during a Heat game last week. Wayne said he got kicked out for rooting for the Lakers … but there were reports Wayne got into trouble for making a gun gesture at another fan.

And if that wasn’t enough … Weezy said, “I f**ked Chris Bosh wife.”

We called Bosh’s rep and the Miami Heat for comment — so far, no word back from either camp.

Multi-talented, Lil Wayne opened up to MTV News and shared his dream of being a sports analyst after 22 years of rapping.“I know y’all want me around for a little bit, [but] Carter V is my last album,” Lil Wayne revealed. “Man, I’ve been rappin’ since I was 8 years old. I’m 30 now, man. That’s a long time, man.” He added, “When I love to do something, END_OF_DOCUMENT_TOKEN_TO_BE_REPLACED

Don’t believe me? Check out what journalist Eric Bruce had to say about Torion:
Gwinnett CItizen

Five years ago, nine year old Torion Sellers started singing, dancing, and acting. Now at age 14, he appears to be on the verge of stardom. Having already been noticed by some big names in the music industry, the future looks bright for the young man from Grayson.

Torion lives in Grayson with his father Todd, a salesman at AT&T, his mother, and sister Brianna. He attended Grayson Elementary School but now, home-schooled, he spends much of his time practicing and singing. I met Torion and his father, Todd, recently at a Starbucks and was impressed. Torion was dressed in a warm-up suit with a baseball hat on sideways. Though he looked the part of a young singer, he was polite, mannerly, and easily talked about his desires and goals.

His music is considered rhythm and blues (R&B) or hip hop, and his voice has been compared to Justin Beiber. “My major influences have been Michael Jackson, Usher, and Chris Brown,” Torion revealed. Listening to his music, his voice is youthful and smooth, and the talent jumps from the speakers.

Early on, Torion attended AGI in Atlanta where he received training for acting and performing. “I was practicing my craft, singing and dancing,” Torion said, “I would also practice at home and do shows on Saturday or Sundays.” He began performing small bits with his father’s band at local restaurants and churches. His father played percussion in a Jazz/R&B group called ‘911 Band’, and played locally at Footprints restaurant in Grayson.

Our friend Jose Lambiet has once again uncovered the tea and gotten to the bottom of the owner of this GRAND OPERA of a Fantasy Mansion. Mr Slim from Cash Money and BABY… They DID THAT!!!!  Check out what our friends at Gossip Extra  had to say on his website. See below. Click on Gossip Extra link above to read the entire story and see more pictures of the estate.

The secrecy surrounding the sale of what is believed to be South Florida’s largest single-family house this summer has been as extreme as Nicki Minaj lyrics.

Every real estate agent involved was ordered to sign a 14-page confidentiality agreement.

Slim Williams, co-founder of Cash Money Records (Click on the photo for the grand tour of his new Weston home)

Most involved in the deal, except a couple lawyers, weren’t allowed to sit at the table during the signature of the final paperwork.

And the seller, Mattress Giant co-founder Richard Nilsen, was made to wait in the hallway because the buyer didn’t want to be seen.

But several real estate sources tell me rap/hip-hop mogul Ronald “Slim” Williams, the co-founder with his brother Bryan “Birdman” Williams of the Cash Money Records, is behind the mysterious corporation.

– Click here for the grand tour of Slim’s new crib, plus the homes of dozens of South Florida celebs

Cash Money, by the way, is home to some of today’s hottest hip-hop acts, including Minaj, Lil Wayneand Drake, among others.

So, it’s understandable that Slim, who’s nicknamed The Godfather, has plenty cash money. Broward County records show he didn’t even have to get a mortgage for the $7.15 million-purchase, at the edge of the Everglades just west of Fort Lauderdale.

According to realtors’ description of the joint, next door to Miami Dolphins legend Dan Marino’s old house, the property boasts nearly four acres of land.

It’s got an indoor pool, and an outdoor grotto-style swimming hole with a beach.

There’s an indoor tennis court, a wine room, a full-fledged movie theater, and much more.

Someone who was at the house earlier this year when Slim made one of several visits told me the music mogul was particularly enthused with the 6,000-square-foot (yep, you read right!) multi-purpose room.

Needless to say, no one’s talking. Previous owner Nilsen signed an agreement in which he swore to keep his mouth shut – or get sued for millions!

Slim’s publicist didn’t respond to a request for comment. 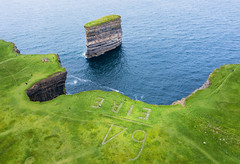