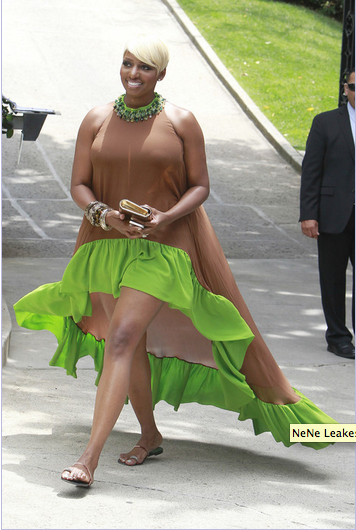 So Nene Leakes wore this BIG Green and Brown Dress to Kim Kardashian’s Baby Shower. I actually think it is a nice outfit in line with the Theme. It’s gardeny and looks like a tree with green leaves and I think its perfect for the shower. The Roman Flats but I have one question. Was Nene Leakes mic’d up because what’s around her stomach in the front in the picture below. The other thing is the nipple patches. Hmmmm yeah maybe it was too warm for this fabric after all. 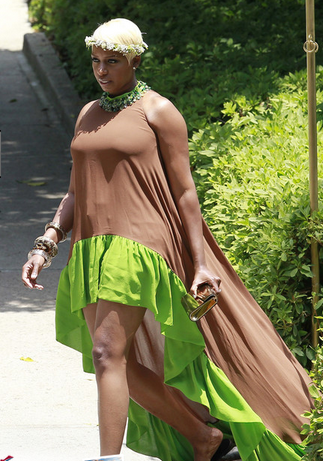 Check out What Joan Rivers had to say with her Fashion Police critics:
http://on.aol.com/video/nene-leakes-garden-chic-look-gone-wrong-517812816
http://aol.it/17G0NvR