5 Dogs Were Seized From The Home, Not Sure How Many Dogs Were Involved in the Killing

This is such a terrible story. A 2 year old mauled to death by the family dog. But wait! There is too much wrong with his commitment. 1st we learned the little boy climbed out of the window and got into the backyard. #1 (what’s wrong with this picture?) 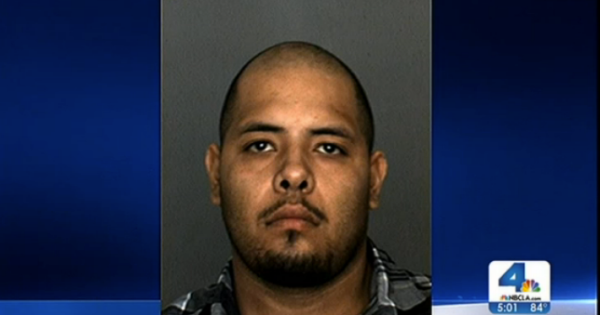 The reason he was able to climb out the window was because his 23 year old uncle who was babysitting him fell asleep #2whatswrong and the boy was visiting his 42 year old grandmother. Ok. I just wanted to know who (you know what? Out of respect at the fact this little 2 year old boy was found in the backyard in a pool of blood) I am not going to finger point here. But can I ask, when did 42 become the grandparent age?

This is very tragic. Why should a mom who sent her son to visit his grandma receive this type of news? Wow! Well at least the Uncle and Grandma are behind bars. The thing I always tell women is BE CAREFUL WHO IS BABYSITTING YOUR KIDS. Who knows who the Babysitter’s friends are? And half the time you don’t even know about the babysitter’s capabilities. Now the grandma has got to feel a certain kind of way leaving this baby in the hands of an irresponsible JAILBOUND son. No Ma’am! This is a ridiculous reason for a child to loose his life. According to NBC Los Angeles

Authorities received a report that a dog had killed someone in the 700 block of Citrus Avenue at about 5:30 p.m., according to a Colton Police Department statement. Officers arrived to find a 2-year-old with severe injuries to the upper body, the statement said.

The child, Samuel Zamudio (pictured, right) of Rialto, died at about 6 p.m. at Arrowhead Regional Medical Center, according to the San Bernardino County Sheriff-Coroner. He was not at his own home at the time of the attack.

Animal Control officers took custody of five pit bull mixes at the scene of the attack. It was not clear how many of the dogs were involved.

A family friend and neighbor told NBC4 Samuel turned 2 years old in April. She joined family members in a search for the boy after he went missing at about 5 p.m. Monday.

About 30 minutes later, Erica Vega said she heard screams coming from the family’s backyard. The grandmother had found Samuel’s body with bite wounds to his head and neck.